Old Age: to be continued 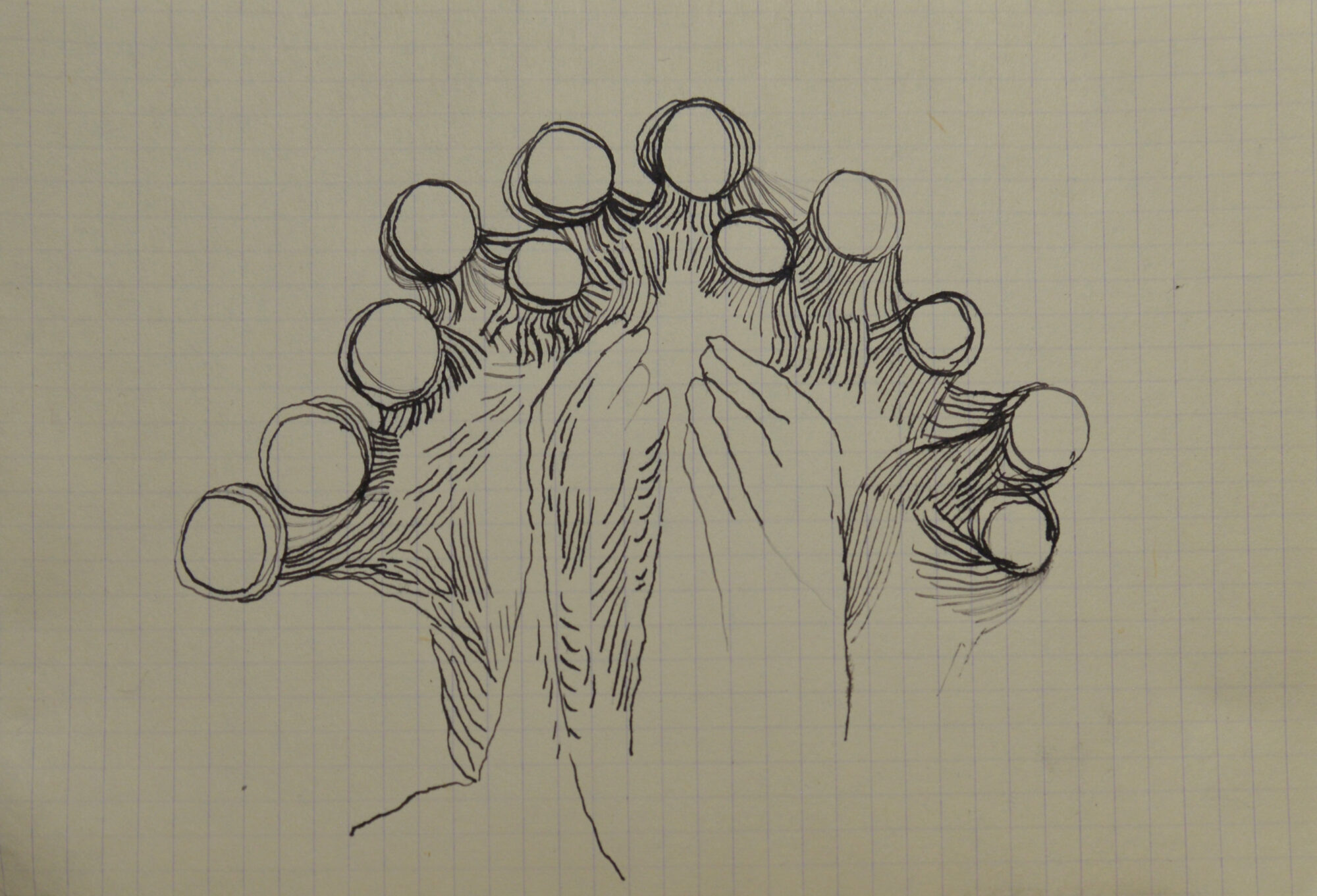 Gosia Bartosik, from the series "drawings about old age"

I remember when I first heard my mother say, “I’m old” about herself. With sadness, she looked me in the eyes, in the reflection of a bathroom mirror in a shopping centre. I said that she wasn’t, and that she shouldn’t say such things. I didn’t want to accept that. A few months later, I turned thirty, and I said the same thing about myself. Perhaps old age is this strange category that grows old with us. After all, we are always the oldest version of ourselves.  My grandmother would certainly disagree. I remember riding our bikes on an overgrown road leading from the allotments to her block of flats. She laughed and said that she’s not old yet and that she’ll be old when she can no longer ride a bike. I tried to go as fast as I could, but it was difficult for the eight-year-old me to keep up with her, let alone understand what she was saying.

The current issue of RTV Magazine, focusing on the subject of ageing, opens with Dorota Kotas’ letter to her grandmother. The young writer shares memories that are hardly rose-tinted or rainbow-coloured. Instead of a loving grandmother-figure, Kotas writes about the yearning for her grandmother’s acceptance. This older person disappoints, because she fails to embody the wisdom and kindness we’ve come to expect from our grandmothers.

Bogna Błażewicz offers a different perspective – by examining old age in its various forms, and displaying the wide range of age-related issues, longings, and reflections concerning older people, she encourages unconditional empathy towards them. Hers is a top-down approach, leading from an analysis of old age, to feelings such as compassion.

Another way of looking at the issue is to begin from one’s own experiences of ageing – and related emotions and bodily experiences – and conclude with both personal and universal reflections on the subject of ageing.

In an interview with Olga Stobiecka-Rozmiarek, the facilitator, actress, and theatre director Grażyna Wydrowska talks about how her theatre grows old with her. She shares her experiences of working with people her own age – sometimes, the active older ladies from the “Sepor” group, and others, such as male psychiatric patients.

What does old age look like? What does it mean to belong, to be an older adult? We invite older artists to speak for themselves. We get to know them through their work or in conversation with much younger interlocutors. Their artworks and approach to art shed light on issues related to ageing, the passage of time, or life in retirement.

Over in the Art Channel, we meet the painter Zdzisława Czombik, who runs us through her works. She became a painter in her retirement, and today, her entire flat on the fourth floor of a block of flats in Poznań’s Winogrady is filled with paintings.

Barbara Fijałkowska, Teresa Sałamaszek, and Juliusz Stańda look back on their lives and tell Nina Woderska about the beginning of their adventure with art, and the reasons why they keep going. (By the way, I have a hunch that Basia and Teresa, have in them these grandmotherly qualities that Dorota longs for). Art is their way of expressing themselves, but also, it is a way of being with others and perpetuating relationships.

Ewa Zarzycka describes one of her projects entitled “I’m not Zofia Rydet.” You can see some photos from this series, as well as two of her performances, in the Art Channel. As Agnieszka Rayzachert notes: “Zarzycka has succeeded in achieving something very important – she remains just as immature as she was in 1980. When it comes to her career, she keeps a healthy distance – she is as sceptical about its meaning as she was in the past. She doubts its meaning just like she did before. If she critiques events or institutions, she does it subtly, ironically.”1

Ewa Partum has raised the question of age since the early years of her creative activity. In an interview with Zofia Małkowicz-Daszkowska, this topic returns, becoming a starting point for reflection on the situation of ageing female artists and their position on the art market.

My sixteen-year-old cat, Rysia, kept me company as I worked on this issue. Her health has just started to deteriorate. The vet told me that I shouldn’t be surprised, because she is already quite old. Looking at my cat, I wonder about old age that cannot speak for itself. I stroke her gently, and she looks at me, on behalf of her own ageing and ageing in general, including that grey, anonymous old age locked away in the top floor of a block of flats. This reminds me that I have not exhausted the subject. Old age has so many aspects that do not have a voice here, and which I simply have no idea about. I pass her every day on the way to work, in the form of an old woman on a park bench, surrounded by stuffed bags, dozing off. Perhaps next time I see her, I’ll pluck up the courage and say “good morning” to her.

Kinga Mistrzak – educator, cognitive scientist, feminist, facilitator of workshops and projects in the field of cultural animation for children, youths, and adults. She worked at Osiedlowy Dom Kultury “Słońce” and Centrum Inicjatyw Senioralnych in Poznań. She currently works as a curator of social projects at the Arsenal Municipal Gallery in Poznań.