Boredom and fatigue in a Project Work System

Boredom and fatigue are conditions we all experience with varying intensity over the entire life course. They can both slightly reduce our productivity and well-being, as well as cause paralysis and feelings of powerlessness, leading to depressive and anxiety disorders. From the physiological point of view, fatigue is a temporary state of discomfort stemming from physical and intellectual work overload, helping to prevent the system from taking more efforts. Boredom, on the other hand, is a human emotional state characterised by lack of interest in the immediate environment, indifference, sleepiness and difficulty in taking any action. It can lead to frustration and in some extreme cases, even to aggression. Boredom most frequently arises when the body and mind are exhausted, unable to take productive physical and intellectual action.

In today’s world, where working long hours and being exhausted are considered as a respectable and exemplary attitude, boredom and fatigue are seen as negative and unproductive conditions that should be reduced to a minimum. To achieve this goal one can use a wide variety of boredom and fatigue reducers, such as dietary supplements, advice, workouts, or relaxation classes and techniques that are all going to bring back physical and intellectual prowess. It would be best if such a reducer worked as fast as possible, so that free time could be spent in a productive way, e.g. by taking on additional employment or making time for self-development. Speedy regeneration entails paying for a product or a service ensuring that the good shape will be restored. An effective reducer means spending more and having less free time during which it would be possible to be properly bored and regenerate for free. However, in the late capitalism realm of endless projects, trainings, and deadlines, speedy regeneration and energy boosting techniques are considered a trendy, desirable, or even luxurious product. Any signs of unproductive idleness are indicative of laziness and lack of resourcefulness for which one can be punished by professional exclusion that also entails economic and social ones.

As an employee of the art industry, I’ve been interested in issues relating to fatigue and boredom in the field of art. The system of work in this industry is functioning on the basis of projects, which I consider to be a self-referential system1. The primary functional unit in this case is a task with a beginning and an end, commonly referred to as the deadline. Completing a task correctly is possible thanks to finishing the activity in a given timeframe. Various tasks carried out by several people as a part of a joint undertaking constitute a project whose aim is to create certain values (material, intellectual, and/or social) that could then become a starting point for creating other project teams, so that new tasks could be initiated.

Today’s world of art is a fertile ground for the development of a Project Work System. It is comparable to a huge nebula of relationships between the artists, curators, institutions, galleries, collectors, and the audience. The creation of relationships within the field of art is dependent on endless artistic projects in which said individuals can meet. Today’s world of art is extremely mobile and flexible. A source of its dynamism is a multidirectional flow of different projects thanks to which artistic production (exhibitions, festivals, publications, workshops, etc.) is made possible.

In this perspective, artists make up a large group of project workers whose projects influence the way they work and make them visible in the circulation of works of art. The more artistic projects there are to be realized, the more likelihood there is of getting into or staying in the circulation. Still, however, despite a great number of projects and contacts, many artists find themselves in the full glare of visibility for a brief moment, only to sink into oblivion immediately afterwards. Even a greater number of them never becomes truly visible, as accurately described by Gregory Sholette in his concept of the dark matter of art.

“Even though the masses of »redundant« artists are necessary for the reproduction of the world of art, their presence is neutralized. The majority of students of art schools are doomed to failure from the start. They will never have the opportunity to fully develop as artists, but they have to stay this way in order for the system to be able to function, maintain itself, and reproduce.”2

Tiredness constitutes an integral part of work, so after long hours of working we should allow ourselves an equally long time of rest, which is improbable in the context of flexible project work system in the art industry. After the completion of one task, free time is devoted to other tasks that lead to another project. The ensuing tiredness has to be therefore eliminated by means of the available stimulants or regeneration treatments. Active project workers are constantly fighting a battle with tiredness that itself can take shape of the project work structure, arriving unexpectedly at any time to paralyse our bodies with various degrees of powerlessness and despair. This is why employees of the art industry should always be ready to resist the unwanted attack. In order to prepare a proper defence line, it is necessary to become deeply familiar with our opponent’s strategy, so that they can be disarmed before the offensive begins. 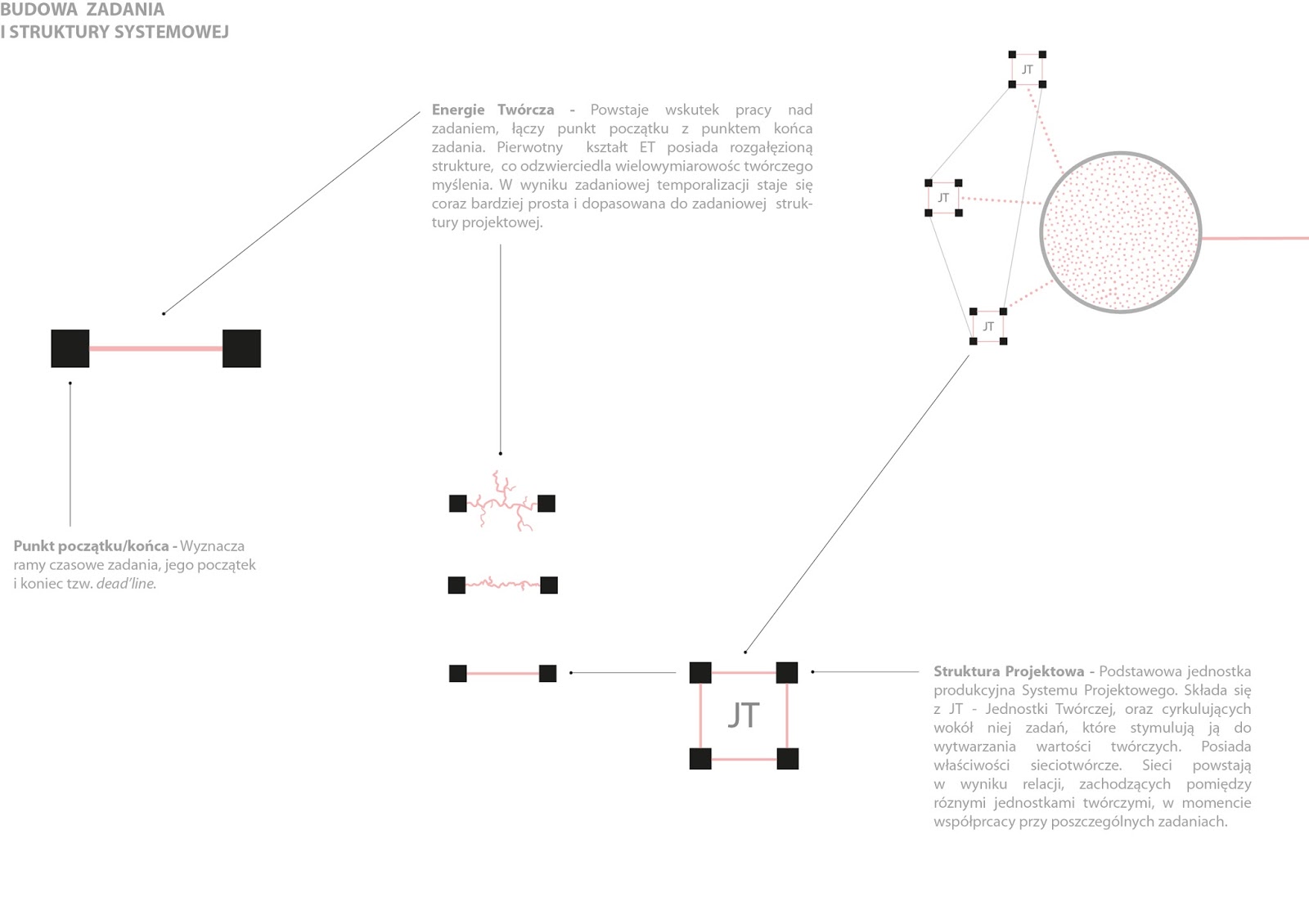 Being tired after a project work overload differs slightly from being tired after a regular 8-hour full-time working day. Changeable and irregular nature of project work means that the project worker is constantly working on some tasks, both during the time devoted to work and the theoretically free time. Sleeping is the only time not devoted to work, and with the deadlines pending, this time is also being reduced to a bare minimum. In such circumstances a tired body starts to send warning signals. The body and mind of a project worker lack harmony, and, as a consequence, strength and vitality come interchangeably with sudden attacks of fatigue, frustration, and mental discomfort.

In some unexpected moments, when after a long time of intense work it turns out one has some spare time and can relax, the feeling of exhaustion seems to be particularly strong and boredom – particularly poignant. Thoughts about creative and professional burnout and meaninglessness of one’s actions and the way of living are arising. A project worker will often look for new tasks to complete in order to fight this negative aura. Instead of allowing oneself to rest and reflect longer, he or she is trying to go back to his or her regular activity as fast as possible. The project work system is addictive and creates an illusion of achieving goals that would change one’s life for better and help to find fulfilment. Achieving happiness is possible when one is motivated, diligent and fully committed to one’s work. This self-reinforcing mechanism forces the project worker to function, of his or her own volition, in “project incubators” where there is no space for slowness, reflection and regular rest. Work has to be done on time (the quicker the better), free time should be spent actively and productively, fatigue should be quickly reduced, and sleeping should not take too much time (today 5-6 hours is recommended as the best and sufficient amount of sleep). Not conforming to the active model of the project work may result in professional exclusion and degradation of one’s hardly earned symbolic capital.

Too many opportunities and, consequently, too much work make us rushed, frustrated, and exhausted, which provides fertile ground for the development of different nervous system diseases, including increasingly common depression. According to Byung-Chul Han, a Korean philosopher of culture, we live in a society focused on achievements, in which a person faced with endless opportunities for fulfilment and work becomes a slave of his or her own aspirations. Those aspirations drive him or her to work in order to achieve goals that are never going to bring satisfactory results. This, on the other hand, is gradually burning out the potential and vital energy, leading to anxiety and depression. 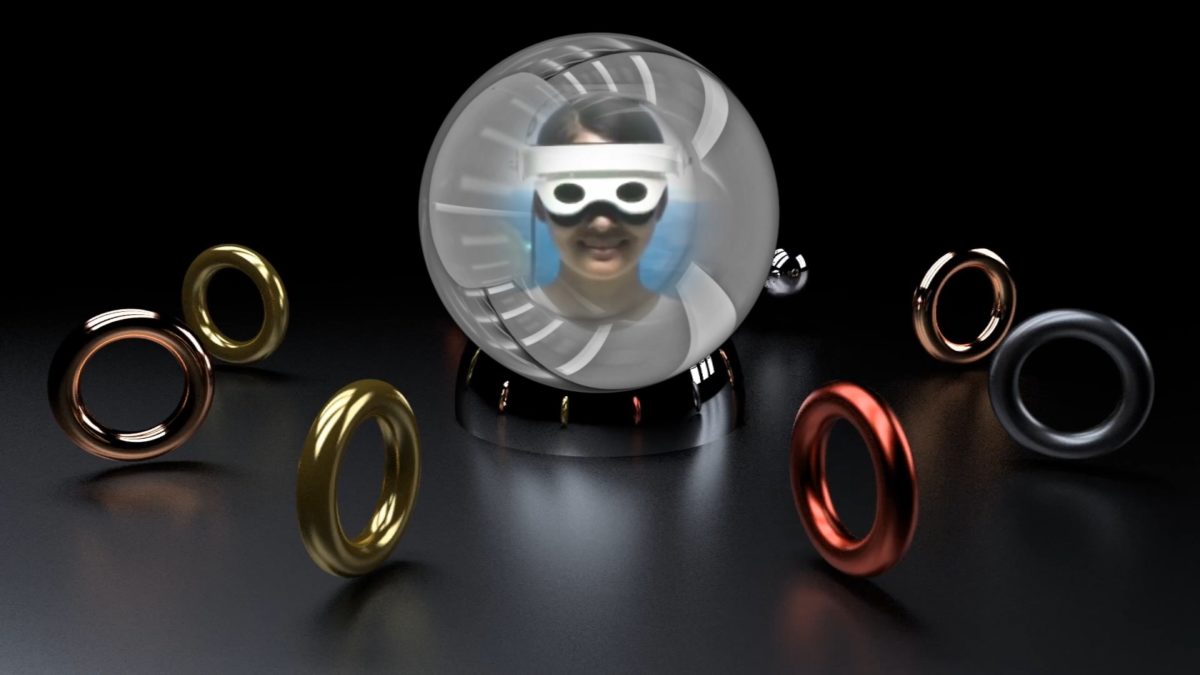 “A new type of person, vulnerably exposed to an excess of positivity, lacks any sovereignty. A person engulfed by depression is an animal laborans, exploiting oneself willingly, not compelled by external factors, becoming an oppressor and a victim at the same time. Ego belongs to an immunological category. Depression, however, does not fit any immunological patterns. It appears when the achieving subject becomes powerless. It is a state of being tired by creativity and possibility. A depressed person’s complaint: ‘nothing is possible’ is possible only in a society believing that nothing is impossible. Being powerless – that leads to damaging self-accusations and autoaggression.”3

In the world of project work, full of endless possibilities, widespread feelings of fatigue and lack of time become a primary existential experience for many. Chronic fatigue and other related health problems can be decreased by means of reducers offered by the same late capitalist system that is responsible for the whole situation. The remedy for this state of matters seems to be broadly understood as slowing down, quietening down, and reducing the amount of work we in fact manage ourselves. But are we able to do it on our own? Without the aid of yet another mindfulness course, yoga training, or therapeutic session? Today, the ability to manage our time during which we can handle exhausting multitasking, healthy relaxation, proper diet and sufficient amount of sleep is a valuable skill that increases our market value.

1“One can call a system self-referential if it itself constitutes the elements that compose it as functional unities and runs reference to this self-constitution through all the relations among these elements, continuously reproducing its self-constitution in this way. In this sense, self-referential systems necessarily operate by self-contact; they possess no other form of environmental contact than this self-contact.” Niklas Luhmann, Social Systems, translated by J. Bodnarz Jr and D.Baecker, 1995, Stanford University Press, Stanford, California.