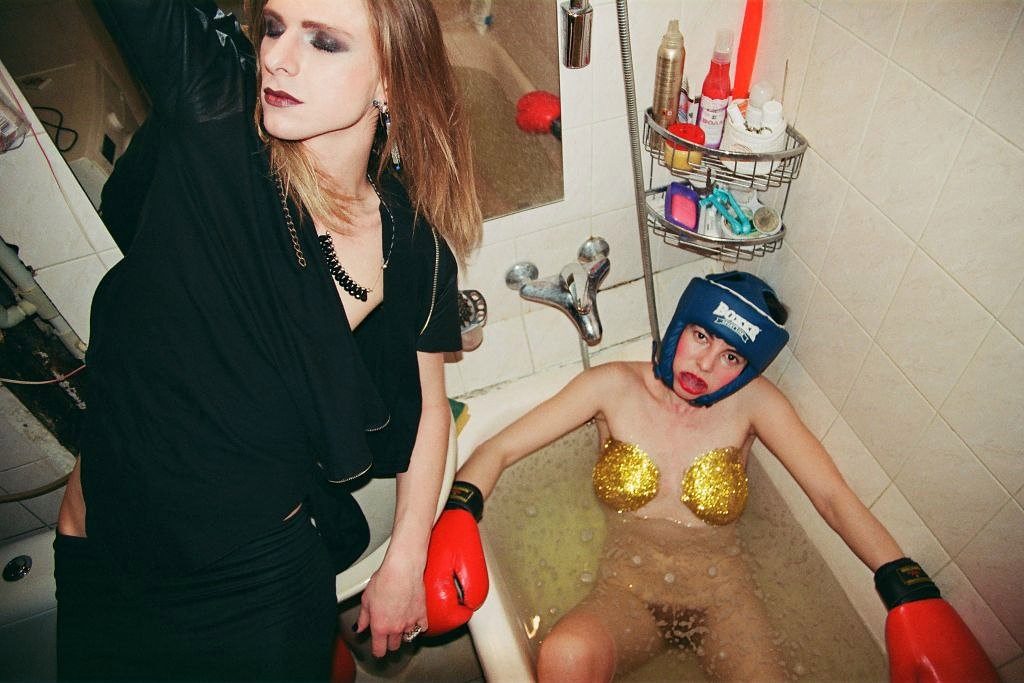 The main theme in my practice is fear, sexuality and death, the transition of states. The names of all this are AntigonStaff, which originates not only from the ancient Greek history about Edip King and the warrior of Antigon, but also explains that there is an union of people that in a common cause does not “give a shit”.

“Gon” in Ukrainian’s slang means literally „to not give a shit” about a person who does not give a shit in a different sense: is not right in their actions and is not ready to answer for it. Antigon and Antigona as two ancient heroes of Greek history emphasise the courage and the need for their own honour. I work mainly with Andrey Boyko, an artist, photographer and videographer who explores similar topics to those present in my art. We found a common language from the first shootings. He immediately agreed to shoot with me under any conditions and was inspired by the idea of my scripts, many cinematographers instantly refused because of frank and cruel scenes or because of the lack of even the most minimal fee. Till this day all of our tiny funds with Andrei have been invested in the project…

Despite the complete lack of funding, unacceptable stories with naked bodies, narcotic trash, cruelty and madness, up to violations of laws with criminal responsibility, the project received support and came to life thanks to the participation and help of almost all underground art society of Ukraine. Especially the progressive music club Otel with its owner Pavlo Dergachev, who provided not only space, technology, but also helped us in filming and sometimes participated as an actor. 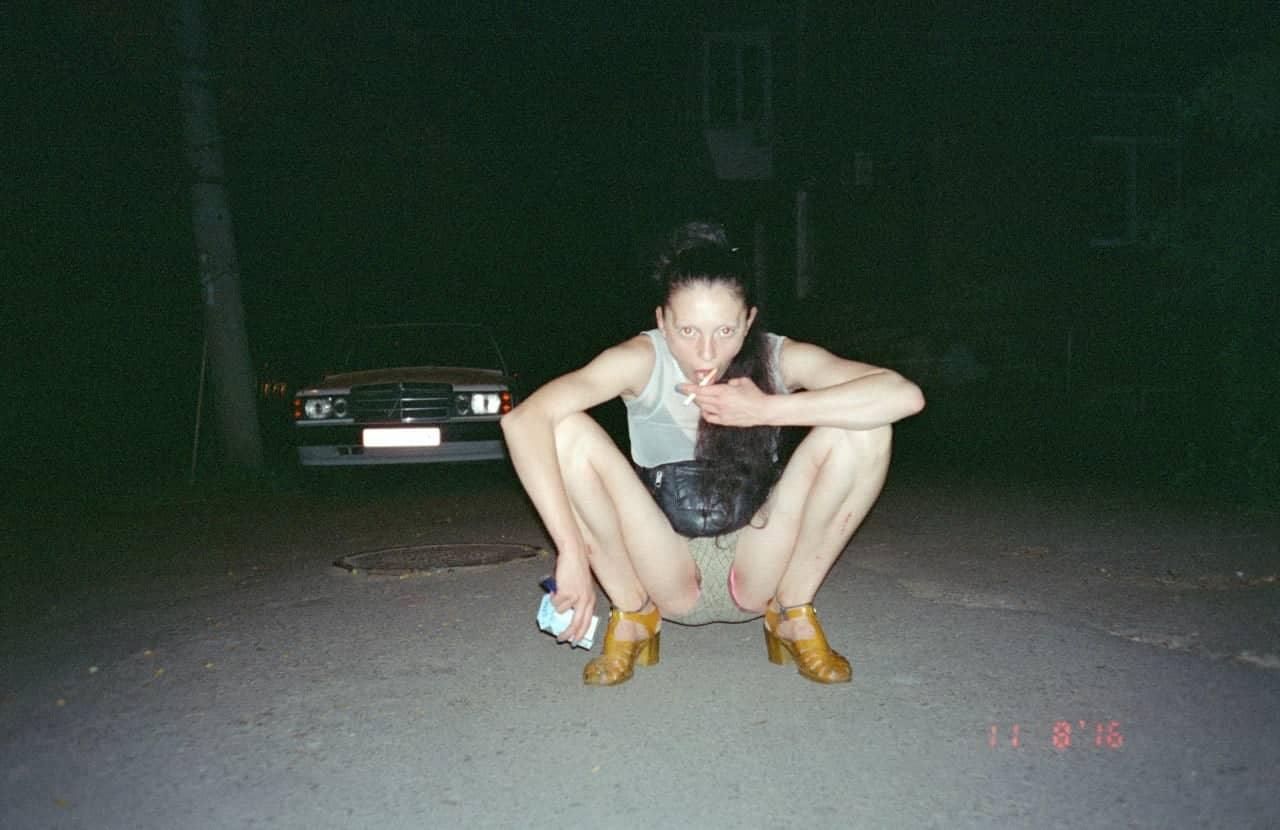 In Ukraine, there is a lot of artists who work within the topic of sexuality. For me the most striking and inspiring personally are Anatoly Belov, Andrey Boyko, Oksana Kazmina, Alina Kleitman, Oksana Chepelyk. There were also many artists in the 90’s who discovered the practice of sexuality in art, but unfortunately, as in the past and up till this day, it all remains almost closed and not desirable for Ukrainian institutions. Working with sexuality is not considered as an independent genre of actionizm. Even though it has such power. There is specific fear against art porn videos, performances, queer movies, etc. In other words, almost no one wants to exhibit and especially financially help or promote these artists, develop their projects, provide a platform and discursive background. As a result in Ukraine is very difficult to do such things, to have at least minimal help in development of such projects. All artists who work in similar genres get nothing, so they remain far away from the normal implementation of projects. Even if there are places where you can finally see it on the big screen and share their impressions. Of course this influence not only the aesthetics, but also way of production and distribution of the content.

Curators who understand the importance and significance of such practice are either afraid to accept and promote it, or they are not allowed by the main curators in our institutions. Because these are our institutions, right? They ought to represent us all. I constantly came across this end. Except from refusals or demanding compromises in the show, I received nothing, And what I and many of my friends do is not about compromises. As I mentioned above the only one place for complete freedom and the realization of my work is the Kiev night club “Otel”. Throughout my practice in exhibition direction, the project was shown in two residences in small cities of Ukraine, Vinnitsa and Mariupol. The first one was organised thanks to the cultural organization “De-Ne-De” curated by Leonid Marushchak, Dana Brezhneva and Evgenia Molyar and the other by art Platform “TU”, curated by Diana Berg. Movie screenings took place very late in the evening. People gathered to watch my films. Everyone was afraid that somebody would beat us up. For such things as watching this videos. And it is not without the reason – attacks on such events often occur from radical forces. 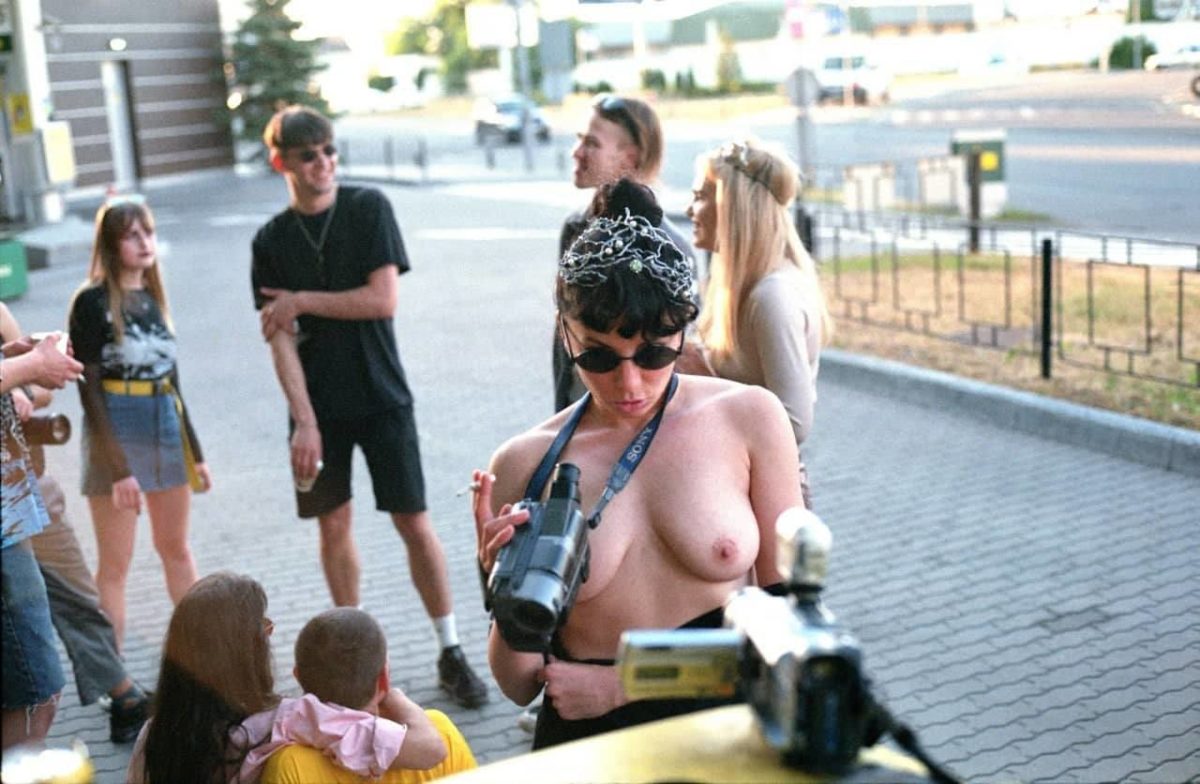 To our great surprise, however, eventually we were even thanked, and some so called “ordinary people” felt as much sense as we did. The atmosphere of work was felt as much as possible. They were absolutely accidental people, passers-by from the street. Institutional curators always scared me from people like this. Many times they told to me that my art will be not understandable and unacceptable for not prepared people, and therefore it cannot be exhibited in galleries. In reality, everything turned out the other way around! People are waiting for this cry of the soul, a living manifestation of all sore and acute topics, they just understand and feel everything. And see in this the meaning and value of the truth as it is, despite all the dark sides of their own souls embodied in the character of Antigona’s.

For me and everyone who works with me, it is first of all important to convey to the next generation a way out of the cage of fear and freedom over all perverted and outdated concepts. This reaction of “ordinary people” was the most important evidence that we are on the right track and what I am talking about is clear and works in the right direction.

On New Year’s 2018/2019 the most famous label of Ukrainian electronic music (not only Ukrainian), the “System”, led by musician and producer Vanya Samokrutkin and organiser Olga Legkoduhova, offered to show all of mine videos during the big party “System 2018-2019”. It happened in the building of the Main Odessa Sea Station. It was very risky since it was exactly the time when Russian military attacked an Ukrainian’s ship in the seaport and only now in September they were released. Nevertheless, danger from the side of the martial law that was declared in the country did not prevent them from organizing an open show without any restriction put on video. The only deal was that I cannot be indicated in the list of participants as this could cause an undesirable presence of the “right radicals” or the police. Literally, me and the organizers could be jailed for spreading “pornography”, propaganda of violence, cruelty and even drug addiction. Thank God everything went perfectly well, people danced and performed, video projections in the background. I was happy. This party prooved that we need these “porn horrors”, that they bring something good in people. We should break the wall. 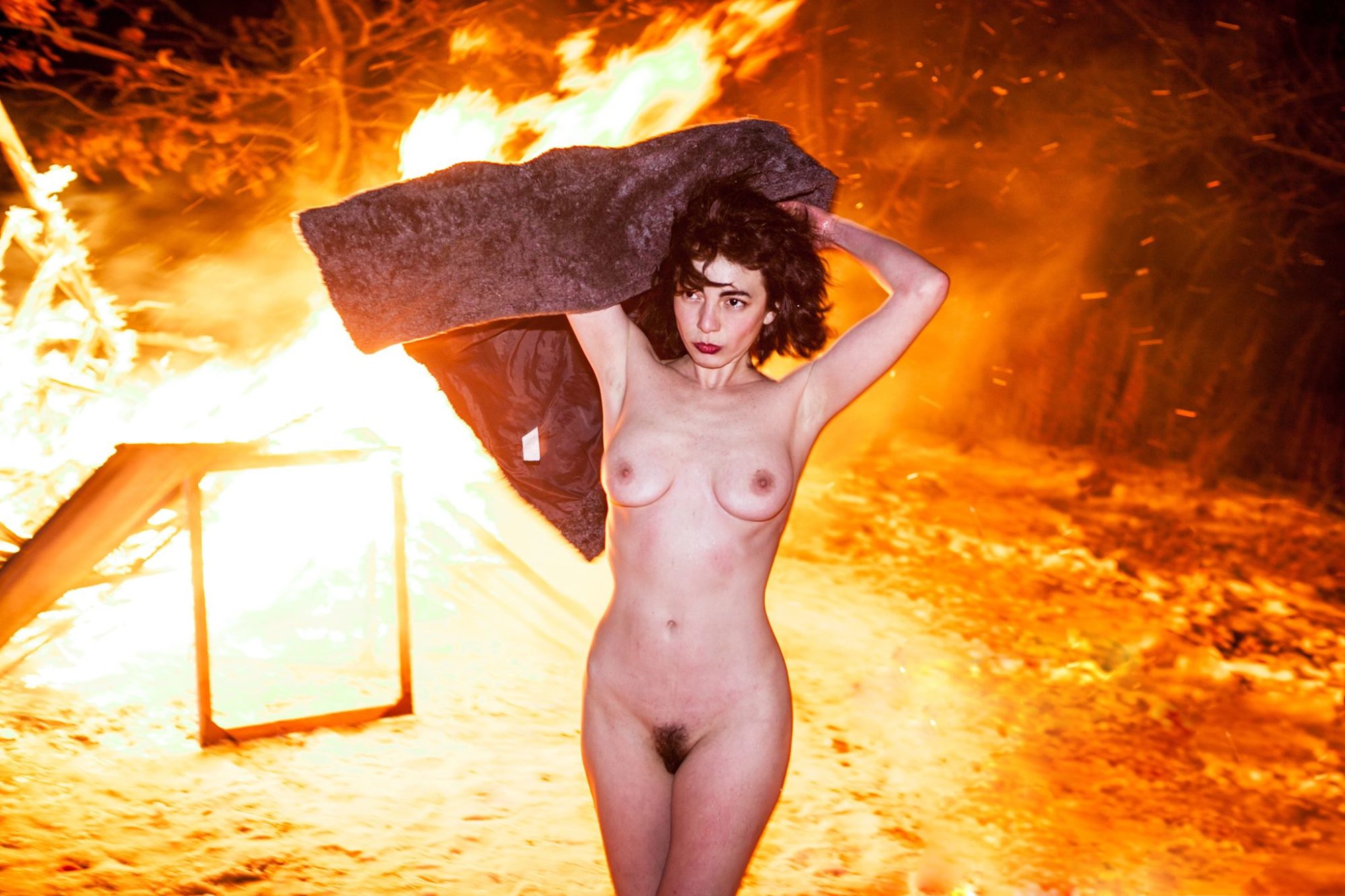 Nowhere else and never has anyone in Ukraine expressed a desire to show my videos like it was on System party. I am still lucky that in my close circle there are people though which I understand all the value for Ukrainian art in this genre. Anya Wtikenwneider, one of the famous curators in Ukraine, like Dana Brezhneva, unsuccessfully tried many times to show my projects not in format of parties, but as solo exhibition. Each time they received only refusals and lack of descent debate about the need for showing such a “phenomenon”. Once Anya Wtikenwneider was a member of one selection committee for an art residence, which I never get into. Instead after a discussion she introduced me to my favorite Polish artist Karol Radziszewski, who became interested in my video and application. He was a selected residence artist. She brought him to my place and introduced him to me and to all my works.

For me it was super important meeting, because I was always a fan of his work, and for my surprise he offered me to take a part in the Polish queer festival “Pomada. Eden 8”. In fact, this was the first serious exposition of my projects in the art field. Finally I saw and heard feedback from the audience and I watched it at real big screen. After that the project has repeatedly participated in various queer festivals in different countries such as Poland (Pomada. Eden 8, RabarBar Queer Porn Festival), Brazil (4th International Horror Festival. Mostra Espantomania), USA (4 years LGBTQ Short Film Festival, The Roxy Theater, Missoula Montana), Germany (Music covering different genres. Primal Uproar. Brutal movie) and in Institute of Contemporary Arts The Mall, London, UK. But never in Ukraine!!! For me and all the participants this is a big disappointment and another proof of how closed is understanding of the Ukrainian institute of art. How far it is from the modern underworld in queer art.

But “the ice has broken” and to my great surprise, my project with Andrey Boyko took part in Pinchuk art prize 2020. I didn’t expect any support from that platform, because before they repeated, that what I do is considered trash. Now they are ready to support and exhibit it. I am very suspicious. I tend to think that this happened only because since a while the young and independent curator Alexandra Tryanova is working there, or maybe it is the moment when my project and I became so paradoxical for all of the Ukrainian’s and local mentality, that it was already impossible not to show it. After all, absolutely all art curators etc., know about everything what I do and about all the projects, so now they came to the point that I need help. How to begin the development of queer and porn art if not now and if not AntiGon? The emblem of the project is a knife in mine vagina photographed by Andrey Boyko, this photo perfectly depicts the situation of Ukrainian’s understanding. And again I return to the fact that through the joint efforts and actions of AntiGonStaff we “forced” them to recognize and show us in the most important competitions and art centres in the country. One of the goals has been achieved. Soon it will be known what changes will begin and what significance it will have.